Last week I went to QuiltCon in SoCal. I’ve never made the schlep to Austin for the previous events, and being as Pasadena was old stomping grounds for me (I worked there for a while in a previous version of my life) it was a no-brainer to make it to this one.

There were several highlights for me, mostly around re-connecting with friends, or meeting new people, but I would have to say top on my list was seeing Chawne Kimber’s work in person, and then getting to really, deeply, talk with her. She is a lovely human – generous of her time, thoughtful with her words, and funny as hell. I also saw her speak on a panel about diversity in quilting, and she is formidably in command of both historical and current issues surrounding the race and gender conversations in our world. I am even more of a fan now.

Chawne uses her needle skills to say important things. She nails it with the razor sharp focus and acumen of an editorial cartoonist. Political cartoons require a decathlon of skills: you have to be in the thick of the conversation that is going on right now, understand its history, be able to tease out the most important (and likely least seen) nuances, write them large in a tight sentence or two, and then illustrate the heck out of them, exaggerating only certain details for specific effect. And do all of it in a timely fashion so they don’t look like last week’s joke.

Chawne had two quilts in the show: 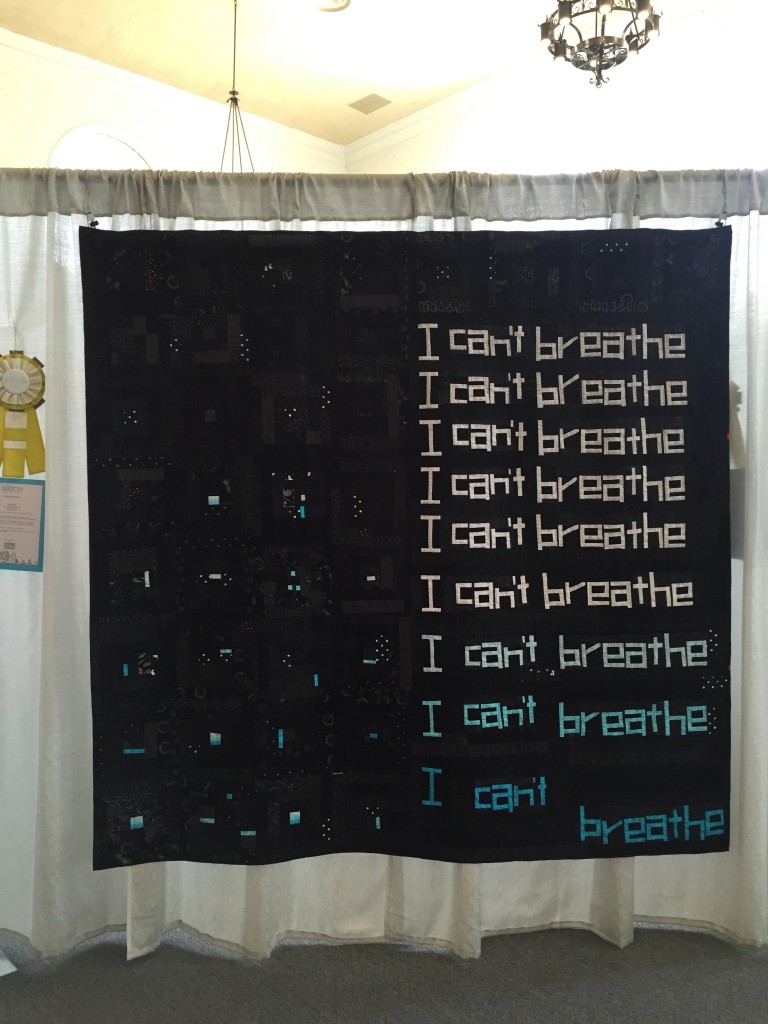 The improvisational patchwork here is meant to remind one of graffiti scrawled impulsively on a wall in the shadows. Hand-quilting in winding trails of various reds invokes brick and blood.

A quilt in my “elegy” series, this one is for Eric Garner who was killed in a chokehold by NYPD officer Daniel Pantaleo on July 17, 2014 on Staten Island. His suspected crime was selling loose cigarettes on a street corner. Recorded in a viral video on a smart phone, these were Eric’s last words.

For me, these words are filled with meaning beyond the incident. 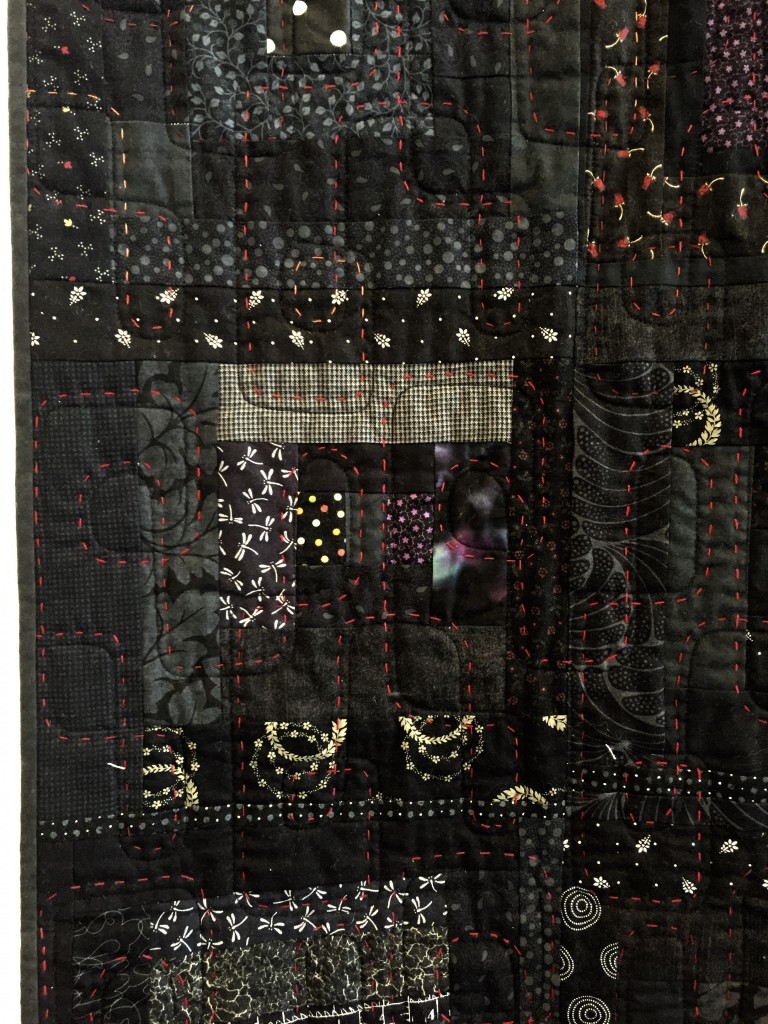 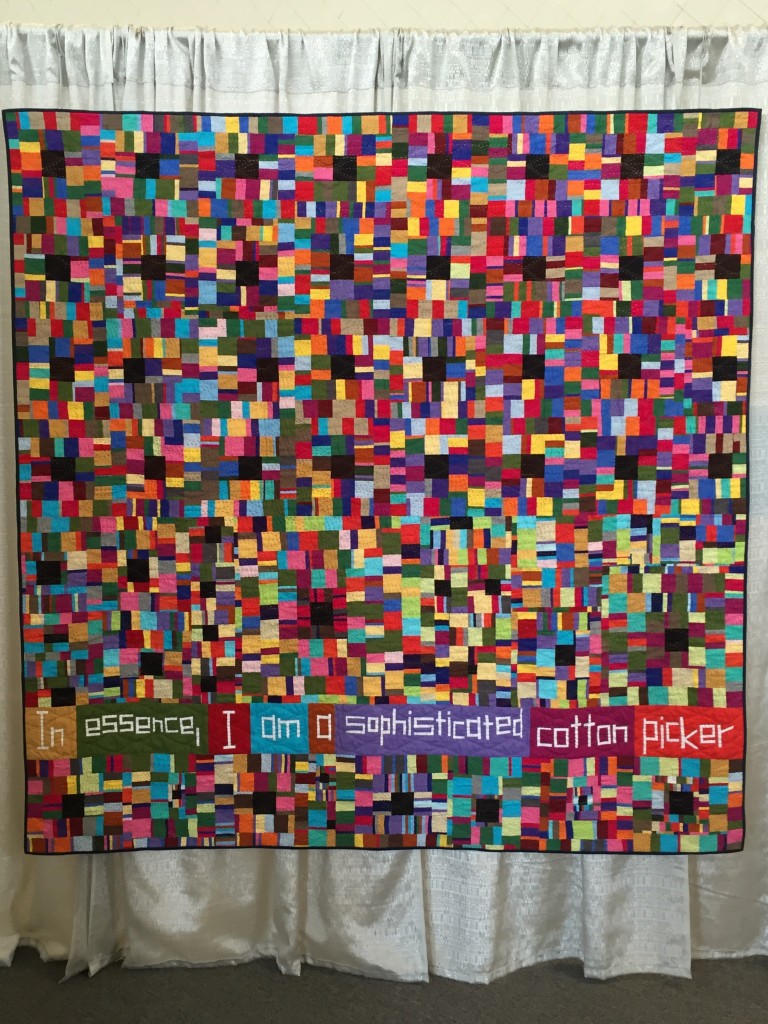 “In essence, I am a sophisticated cotton picker.” This is a summary quote in southerner Eartha Kitt’s autobiography, Alone with Me, that has myriad (direct and indirect) meanings I identify with. This improvisational patchwork and kantha style handquilting is a direct callback to the make-do utility quilts made by my great-grandmother on a former cotton plantation in Wendowee, Alabama, at the turn of the last century. A small bit of visible mending is a love note to her. 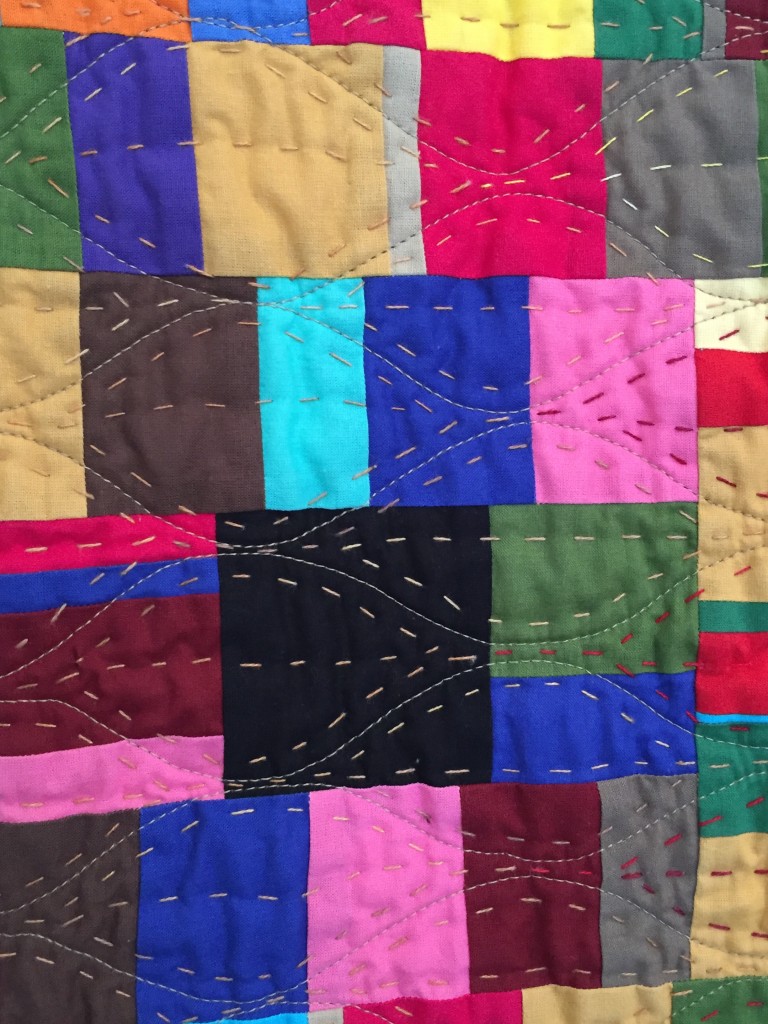 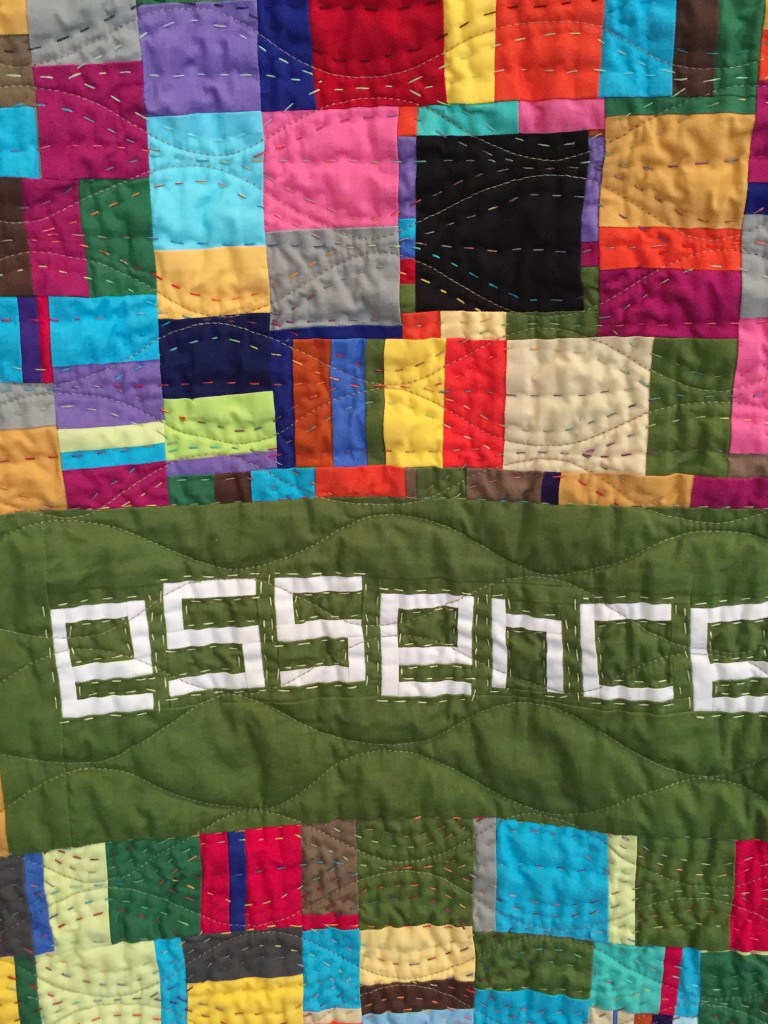 Thank you for this work, Chawne. PLEASE keep ’em coming.

Chawne’s work and other great political quilts from QuiltCon were featured in an LA Times article here.