In the last couple months, we’ve seen gender in quilting discussed in several places, and after following the conversations I feel a need to add my voice.

I’ll attempt to pull some threads together for you here (and these are just the ones I know of – please send me others you might think are important to this conversation and I’ll add them):

And so here’s mine (and in just to clear up any confusion that my name, Sam, might generate, I am a white woman):

WE NEED TO KEEP HAVING THIS CONVERSATION.

OUR HISTORIES ARE BEING MOSTLY DICTATED AND FRAMED BY WHITE MEN

This country (USA) came closer to passing a constitutional amendment banning flag burning than it did the Equal Rights Amendment, an amendment that says were are to be treated equally, all men and women, all races and creeds. If you add the number of women in this country (all races) and all the non-white men, their majority far outweighs the white men, yet the power of the white male politics kept this amendment from passing. Think about it. Flag burning might be provocative, but it’s about an inanimate object, and ultimately about freedom of speech (which is protected). The ERA is about PEOPLE. It’s about our fellow humans. And it failed.

If we, as women, do not keep speaking up when we disagree our histories will be dictated and defined by voices that are not OURS. And we need the discourse, the discussions, the passionately fed-up rants and the well-argued dissenting opinions. We need ALL of these conversations to help broaden EVERYONE’S views, and to expose people to ideas they’ve never considered.

Both men and women need to stop trying to silence each other when they disagree, and instead, welcome the conversation. And men, you need to stop using the “you’re not being nice” style of shaming language to shut women up. Here’s an excerpt of a conversation that I endured on Facebook a year ago, when a man jumped into a conversation a female friend and I were having about an exhibition at the Craft and Folk Art Museum of quilts made by men (emphasis mine):

Man: Male quilters are a deviation from the norm, and not-normal grabs more attention. That said these men all are talented and deserve a show, at this museum or elsewhere. Taking more than that from this exhibit is, to me, not fair and doesn’t give the artists in this exhibit the benefit of the doubt.

Me: I concur that these men are talented. I concur that their “deviation from the norm” makes it easy to show their work as a collective. All that said, I get to have my opinion, as you obviously do yours. There is no way an exhibition of the fiber works of men will not create discussion in this industry. And for you to attempt to silence my opinion by telling me I’m not being “nice” by having any opinion that isn’t a flat out politically correct “rah, rah” cheer isn’t giving me the benefit of the doubt either. I will attempt to see this show. I will form opinions about the work and its makers, and about the politics of it (because you can’t discuss gender without politics, especially in fiber). And I will use my intellect and hard fought MFA (in fiber) to have a well reasoned opinion about it that is MINE. Dude, I’m not trying to pick a fight, but don’t tell me how I’m supposed to think about this thing. Women are ALWAYS being hold how to frame stuff. If you think there could be an all male show without discourse, you’re being naive.

Man: I’m not exactly sure how I was trying to silence you. The second comment on this thread is basically saying the artists in this exhibit are getting this attention because they have a penis [note, this was a comment made by the friend that sent me the article]. My first comment was me trying to be slightly funny-hurt. There’s a big difference between having a discussion and me trying to silence you. And if you can’t see that distinction then you’re being to (sic) reactive.

Me: I am reacting to “Taking more than that from this exhibit is, to me, not fair and doesn’t give the artists in this exhibit the benefit of the doubt.” Which I interpret as “So if you take more than that, it’s not fair to the guys, which isn’t nice, so be fair.” Which isn’t really encouraging me to have any discussion that doesn’t align with the “not fair” part.

So first I’m not being fair (or nice) and then when I defend my right to have an opinion, I’m being reactive. And the thing is, I don’t think this man could see how his language is silencing… it’s so prevalent in our culture that it just isn’t recognized, and it IS the product of privilege. This goes on EVERY DAY in the lives of most women. And often at the hands of other women, which NEEDS TO STOP TOO.

So in the spirit of not being silent, here are my responses to some of the ideas that are in the links above:

“When the Sony hack happened and I found out how much less I was being paid than the lucky people with dicks, I didn’t get mad at Sony. I got mad at myself. I failed as a negotiator because I gave up early.”

“But if I’m honest with myself, I would be lying if I didn’t say there was an element of wanting to be liked that influenced my decision to close the deal without a real fight. I didn’t want to seem “difficult” or “spoiled.” At the time, that seemed like a fine idea, until I saw the payroll on the Internet and realized every man I was working with definitely didn’t worry about being “difficult” or “spoiled.” This could be a young-person thing. It could be a personality thing. I’m sure it’s both. But this is an element of my personality that I’ve been working against for years, and based on the statistics, I don’t think I’m the only woman with this issue. Are we socially conditioned to behave this way? We’ve only been able to vote for what, 90 years? I’m seriously asking… Could there still be a lingering habit of trying to express our opinions in a certain way that doesn’t “offend” or “scare” men?

We still have a long way to go. Women still need to do more for our own equality, and men need to help out by advocating for us, too. WE NEED TO KEEP HAVING THIS CONVERSATION until the points are no longer true. 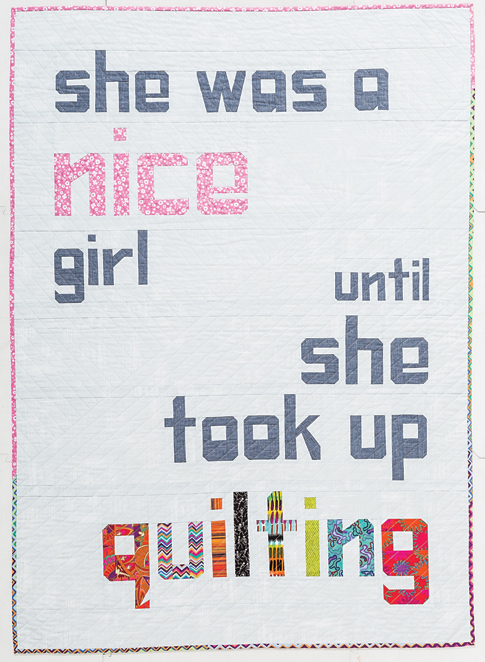