Acknowledging the Contributors: Red (or Another Important Quilt)

Another quilt from the Portland Modern Quilt Guild community that was rejected from QuiltCon West 2016 was Red, by Teresa Coates (quilting by Jolene Knight): 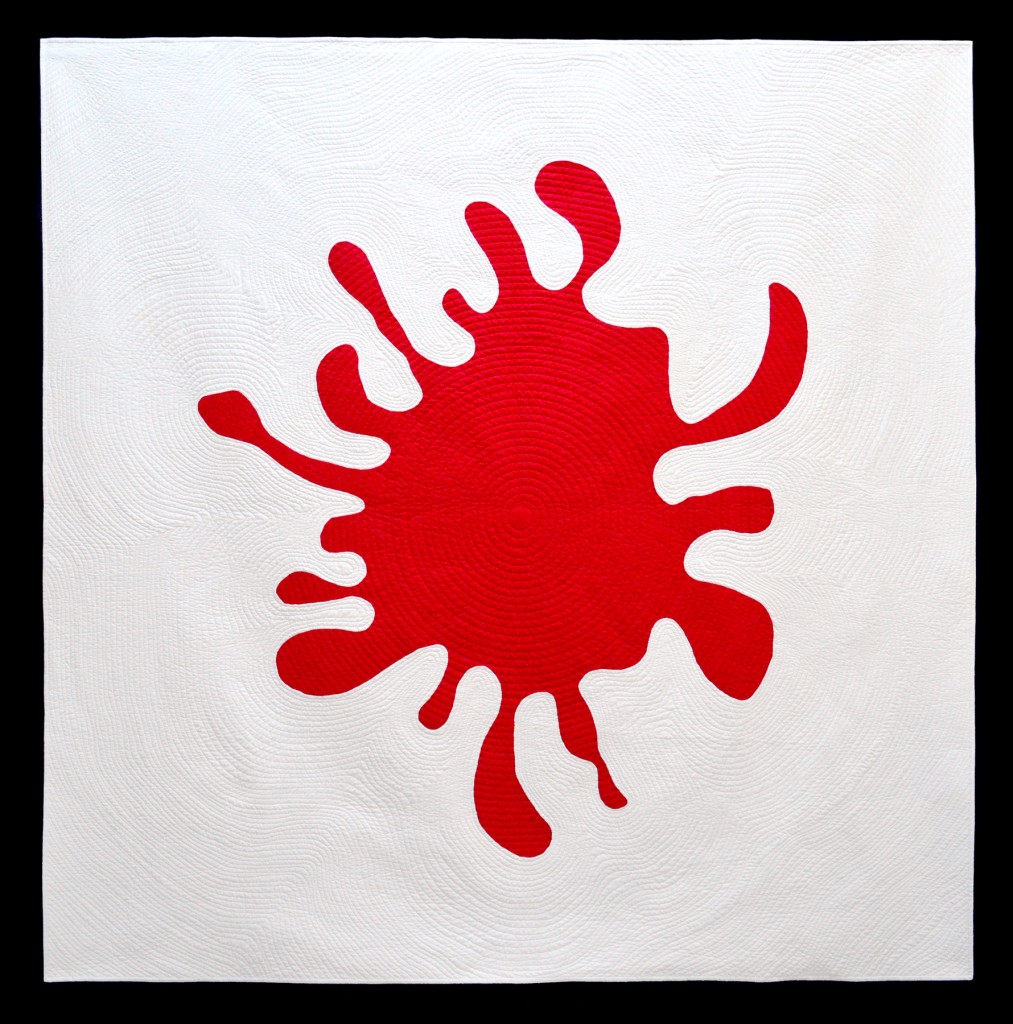 “Red is love, war, passion, and blood. This quilt explores the color red with elements of Pop Art, Matisse, Rorschach, red and white quilts and Traditional Hawaiian quiltmaking. It is made with hand needleturn appliqué, computer guided and free-motion machine quilting, and a few randomly placed rows of big-stitch hand quilting.” 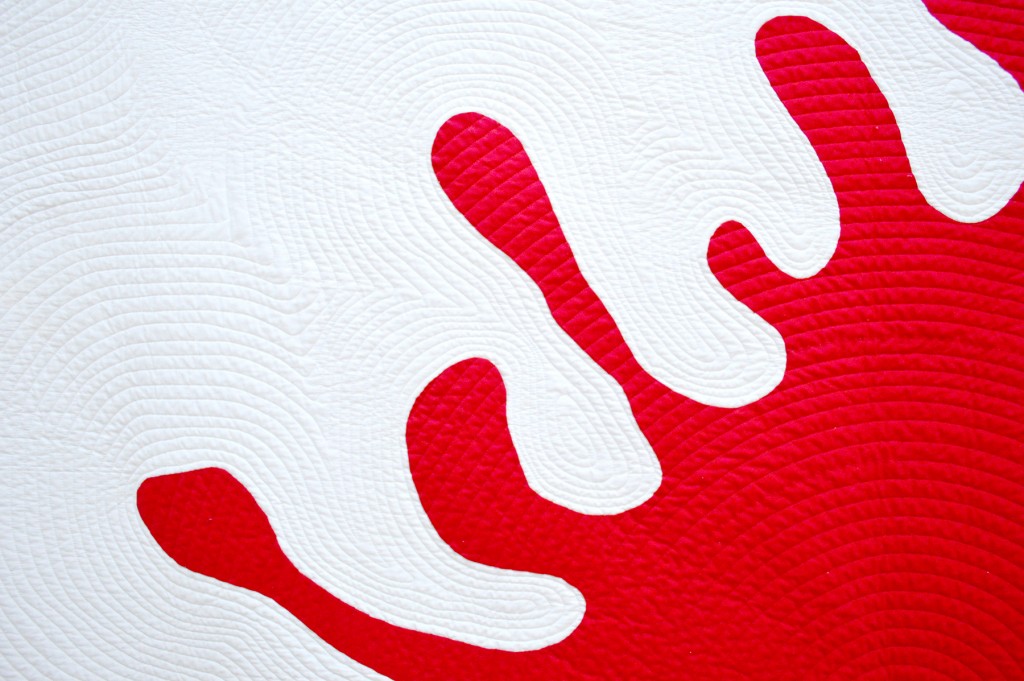 And why am I quoting Bill Volckening? Because he is the producer on this one. Bill is a respected collector, appraiser, historian, and all around champion of quilting. He conceptualized this quilt, a rather clever mash-up of artistically notable inspirations, then commissioned Teresa Coates to bring it to life, and hired Jolene Knight to complete his vision.

Why is this important? Because the makers are named, acknowledged, and compensated. While the fine art world seldom names the studio slaves who create the master’s work, over the history of quilting we have fought hard to be recognized by our own names. When we create something, we are no longer anonymous, or only known by our husbands’ names (like the all too common “Mrs. George Jones” of early 1900s quilts).

We are experiencing a boom in quilting, the kind of boom that requires us to delegate some of the work. In my case, I’m just not interested in growing my machine quilting skills to the level of the deeply talented artists I hire to help me. By acknowledging our helpers we maintain one of the best things that quilting produces (and has always produced) which is community.

The fine art world has always done its business with a lot less soul, and these days, I can see some of that creeping into the places where fine art and the quilting world intersect. I hope that, instead of fine art assimilating quilting into its model, quilting instead pushes back and resists, holding onto what makes it great, and changes fine art in the process. This quilt is certainly a fantastic example of that idea in action.

Here’s a great shot of Red, and yesterday’s #lovewinsquilt and Green Cross Quilt hanging at Modern Domestic in their “QuiltCon Rejects” selection this month:

If these are the rejects, I hope to see some very important and great work at QuiltCon.